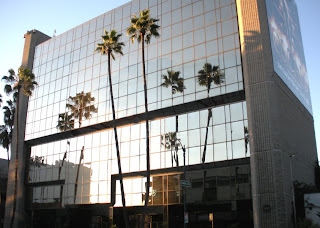 You can get a seat over The Red Carpet at The Academy Of Motion Picture Arts And Sciences (AMPAS) Presentation of The 2011 83rd Annual Academy Awards by entering a randow drawing, right now at www.oscars.org/bleachers. The drawing, which has been active for the last week allows you to be one of the select 700 people to be there live at the Academy Awards' premier pre-event, event.


To be eligible for the random drawing, an individual must complete the application form in its entirety. Applications may only be submitted online. Forms may not be returned via any other method.

Applicants may register for themselves and one guest. Duplicate registrations will not be accepted.

Those whose names are selected in the random drawing will be notified in late September. They will then be required to submit additional information for security purposes prior to final approval. Eligible attendees will receive a confirmation letter in early January with information pertinent to the event.

Only those individuals who have been pre-approved by the Academy will have access to the bleachers. Those who wait overnight to attempt admittance will not be granted entry.

The Academy will not be responsible for securing travel and/or hotel accommodations for bleacher fans.

In previous years, as many as 20,000 fans have applied online for the limited number of red carpet seats.

Academy Awards for outstanding film achievements of 2010 will be presented on Sunday, February 27, 2011, at the Kodak Theatre at Hollywood & Highland Center, and televised live by the ABC Television Network. The Oscar presentation also will be televised live in more than 200 countries worldwide.