Sandi Thom - Sing On The Webcam, Get Discovered By Sony Records! It Really Happened 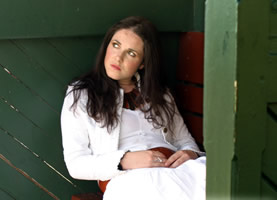 LONDON, England -- A British singer has signed up by a major record label after broadcasting live performances from her living room on the Internet.

Sandi Thom, 24, is now on the books of RCA/SonyBMG after signing with the label at her flat on Monday night.

She built up a daily audience of more than 100,000 people around the world.

Speaking on British television, Sandi said she could not believe what had happened and that her life had "changed dramatically."

"I don't think I have quite realized it just yet," she told GMTV.

"It has obviously changed for the better. "I have managed to get massive amounts of exposure through using the Internet and that is something that people have struggled to do for years."

Several record labels had approached the aspiring star following her Webcasts, which were broadcast on 21 consecutive nights.

"We're very excited that we're now going to be a part of that story as she develops into a major artist."
- April 04, 2006 No comments: 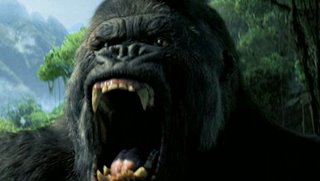 It took heat during the holidays for failing to reach the supremo- blockbuster status that many predicted, but "King Kong" can do some supersized chest-thumping now.

Released as a single DVD and two-disc set on March 28, the Peter Jackson film logged Universal's best first-week sales in studio history, in six days selling 6.5 million copies for a take of more than $100 million.

The previous record-holder was "Meet the Fockers," a studio spokeswoman said.

Universal Pictures is owned by NBC Universal, a joint venture of General Electric Co. and Vivendi Universal.
- April 04, 2006 No comments: