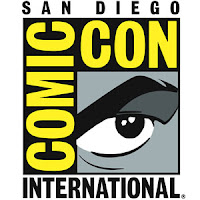 With one week to go before Comic Con 2010, with each "Hallmark"-type announcement comes news of a panel cancellation. This time it's for the series Terra Nova and the movie Piranha 3-D.

Terra Nova is the much-anticipated 20th Century Fox TV and Brannon Braga (24, FlashForward) and David Fury (Lost, Angel) time-travel program favorite of fanboys that was set for debut at Comic Con 2010 in San Diego. But since production's not set to begin until September 2010, producers don't have footage to present to the San Diego audience next week.

But what is Terra Nova?

Terra Nova is a Steven Spielberg-executive produced series that takes place 100 years in the future and is about a family that travels back to the prehistoric era. A great high concept that's a loss for Comic Con 2010.

Piranha 3-D's elimination is due to a different set of challenges.

Apparently the footage Piranha 3-D producers were going to present was deemed "too hot" for Comic Con. More specifically, it was said to be and this is a quote "too racy" and not "family friendly" to the Comic Con San Diego audience. But the question is what was the "it" they were going to show?

According to FirstShowing.net it was described as "Girls Gone Wild" style footage, which means a lot of t-and-a.

But all is not lost.

There will be an "offsite" presentation of Piranha 3-D Thursday July 22nd from 10 PM to 11 PM at the Regal Horton Plaza (475 Horton Plaza San Diego, CA 92101) and a panel afterward according to MovieWeb.com.

Hallmark Cards (yes the same company that made the birthday card you just bought) is planning a big presence at Comic Con 2010 and to celebrate its 100th anniversary. While not on the order of Futurama, Hallmark's Comic Con events are big in their own way.

According to their message, Hallmark Cards' "9ft. Hallmark hoops & yoyo walkabout characters" with the voice and animation talents of Mike Adair and Bob Holt were a massive hit at Comic Con 2009 in San Diego. So, Hallmark Cards is bringing them back for Comic Con 2010.

Stay tuned for more information from Hallmark at Comic Con.
- July 14, 2010 No comments: