Kendra Wilkinson From "The Girls Next Door - Video and Bio 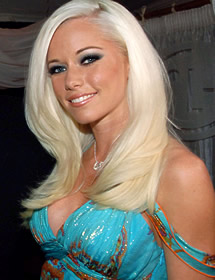 Kendra Wilkinson (born June 12, 1985 in San Diego, California) is a model and television personality best known as one of the three live-in girlfriends of Playboy founder Hugh Hefner and a co-star of the E! reality television series The Girls Next Door. She met Hefner at his 78th birthday party in April 2004, where she had been hired to be one of the "painted girls" (being completely nude except for painted-on accessories).

She is a self-proclaimed tomboy, noteworthy for being a sports fan and athlete. One of her trademarks on the program is her constant exercising.

Her stated career goal is to become a massage therapist or sports announcer. As of December 2005, she has become a regular "blogger" columnist at the website of the Philadelphia Eagles. Her mother, from Cherry Hill, New Jersey, used to be one of the professional cheerleaders for the team.

She appeared in the Playboy Special Editions Sexy 100 for 2006.

Here's a video of Kendra Wilkinson in the show Girls Next Door. Note that she specifically points to Terrell Owens "81" jersey with the Philadelphia Eagles.

Superdome - Green Day and U2 In Video

Green Day -- from the SF Bay Area -- and U2 played to a great crowd to kickoff the return of the New Orleans Saints to the Superdome to play the Atlanta Falcons. 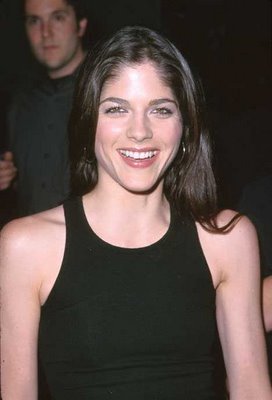 Man, I didn't know Selma Blair was even married until now! Where have I been? I've got to admit she's got the simple combination West Cost / Midwest girl-next-door look down to a fine science. I guess her now-ex-hubby Ahmet Zappa (think son of the late and lengendary rocker Frank Zappa) thought so too, because he married her in 2004.

I only became aware of Selma via the movie "Cruel Intentions" -- one of my favorites. In the movie, which also features now coupled Ryan Philippe and Reese Witherspoon, Blair became very well-known for this kiss:

Well she's not going to be kissing on Zappa anytime soon because they had a nasty argument in a parking lot, which ended with her screeching off in her car after he walked off.

She's on the market and free to give a kiss like the one above to some deserving guy -- this time!
- September 19, 2006 No comments:

Suri Cruise Rumored Not To Be Tom Cruise's Baby - Enquirer

The Enquirer reports that the much celebrated baby of Tom Cruise and Katie Holmes is not the product of whatever sexual intercourse the couple had. This news was covered in several other online media publications like Gawker and Perezhilton.com and led to speculation regarding who the father may be.

Some pointed to old Holmes flame Chris Klein as the father because of the similarity in the shape of their eyes. But regardless of who the real father may be, it's certainly clear that Suri is the child of Tom and Katie now.

This a totally funny video of both Pamela Sue Anderson and Courtney Love being roasted on the Comedy Central program.