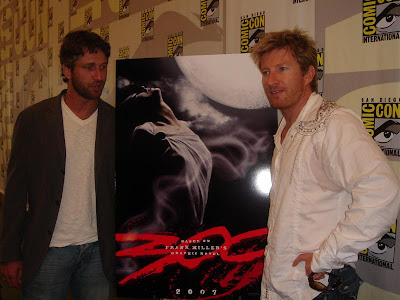 According to Nikki Finke , the CGI-based epic "300" is set to earn a record $60 million, the largest ever take for a movie opening in March. I can say that the movie is a hit with teenage boys, who flock to see this in large groups, as I observed at the Sony Metrion in San Francisco. Or rather, I heard some screeming "300 tickets!" as I got off the BART train.

I can't remember a movie that's really connected with this set since Spiderman. But this is more primal and that's due to the story and approach. It's a violent male-oriented movie, period.