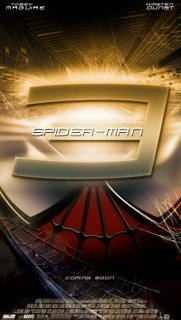 This seems to be the plotline fot the film, and it's followed by the actual trailer itself. This is the real-deal, as there's a "fake" running around YouTube. The third installment in the highly sucessful movie series -- I think it's one of the best in film history -- adds "Prmary Colors" Adrian Lester to the cast, and making him the first African American to hold a lead role in the series. 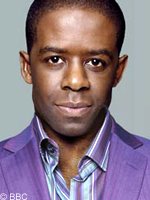 Plot: Third film in the highly successful "Spider-Man" series sees several new villains and a new woman enter Peter Parker's life. With his secret now revealed to both Mary Jane and Harry, Peter must face the consequences of his actions and his new life together with Mary Jane as they finally form a relationship. Yet their newfound open display of love has yielded some unfortunate results, not the least of which is Peter's upset boss determined to make his life hell for causing his son emotional distress. Not helping is a young investigative reporter named Eddie Brock who Jameson has hired to find out why Mary Jane dumped his son for Peter - what's Parker's secrets? 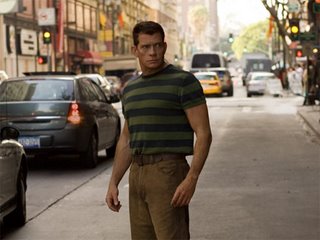 At the same time an escaped prisoner hiding out on a remote beach is caught in a dreadful accident and finds himself turned into a shape-shifting sand creature. Peter's investigations into the past of this 'Sandman' (Thoman Haden Church from "Sideways" pictured) brings him in contact with two very different things that will inevitably alter his life. The first a young woman named Gwen Stacy, daughter of the city's new police chief who is developing a soft spot for Peter. The other, a black substance from an accident scene which 'merges' with Peter's costume and gives him new found abilities.

Things come to a head however when Harry Osborn, determined to take revenge against Peter for his father's death and now equipped with what he needs to pull it off, teams with The Sandman in a new variation of his father's Green Goblin guise and causes mayhem. In the ensuing chaos lives are lost, including people very close to Peter, whilst the black substance covering his suit separates from him and merges with a distraught Brock to form something else entirely - a creature unlike anything he's ever faced. A 'Venom' that he may not be able to stop.