Paramount's Pres Gail Berman The Target of Hollywood's Backstabbers -- And She Just Got There. Is Hollywood Too Sexist? 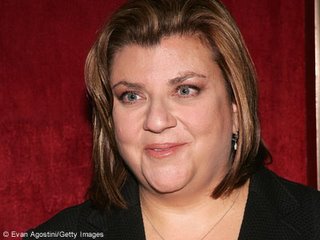 Paramount Pictures new President Gail Berman is described as tough, directive, well-spoken, and assertive -- and Hollywood apparently can't stand women like that. The person who brought many of our most-watched shows is being skewered for nothing having to do with the bottom line. It's a sign of how far we still have to go in America, but it's also a tale of a successful woman in a place that seems to elevate good business women, as much as it despises them.

By Anne Thompson
In Hollywood, a rumor is like a hurricane: It starts from a small nugget of truth and can build into a disruptive force. Even when the person at the eye of the storm knows it's all bollocks, it's no fun.

Ever since Paramount Pictures president Gail Berman, the former Fox Broadcasting entertainment president, arrived on the Melrose Avenue studio lot, gossips have been predicting an end to her tenure even though it has barely begun.

That's because there is always an awkward period for a studio in transition, when the town still hasn't figured out the new rules of engagement. Which producers and directors are in or out? What kinds of movies does this new production chief like? A career TV executive like Berman -- while she brought TV watchers everything from "Arrested Development" and "Buffy the Vampire Slayer" to "American Idol" -- is coming into the movie business with neither a track record of produced movies nor established relationships with filmmakers and stars. Hollywood is notoriously tough on outsiders. And women. Berman is both.
- February 14, 2006